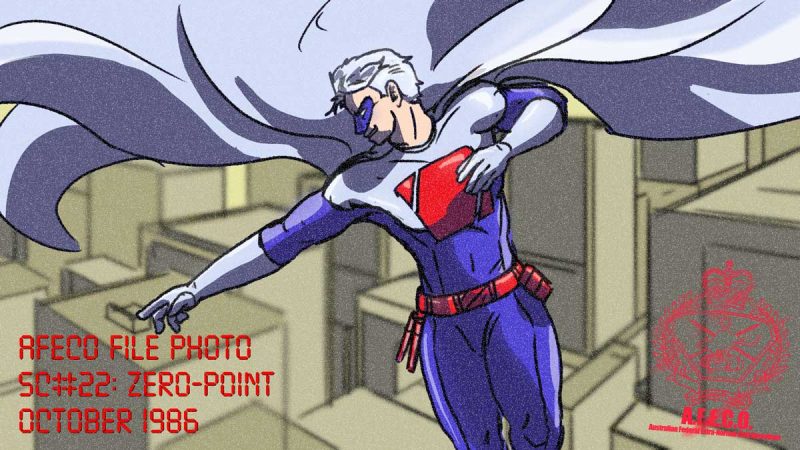 Post-human enforcement in Australia has a long history, dating back to some of the first post-humans to have gone public in the world.

A.F.E.C.O. continues this proud legacy through the regulated task-force of extra-normal operatives working in tandem with military and civil operations across all aspects of law enforcement.

History of Post-Humans in Australia

Until 1940 there were no government policies regarding post-humans as sightings were extremely rare and most were considered urban legends. While the Australian Government assumed responsibility for national security and intelligence on Federation in 1901, post-human activity was not recorded until 1916 when the Australian Special Intelligence Bureau (SIB) began to track the post-human developments. It is unknown what knowledge of post-human activity existed beforehand, as this remain within the British Commonwealth Archives and has not been released.

Adam Magnus first public appearance in 1940 sent shockwaves around the world and ushered in the ‘post-human age’.

Public awareness of extra-normal individuals (AKA post-humans) didn’t become widespread until 1941 with the appearance of Adam Magnus. Magnus’ intervention in the Second World War began with the D-Day invasion of Germany and the assassination of Adolf Hitler and culminated in the Pacific Ocean resulting in the defeat of the Japanese Armed Forces in full view of the world. These two events completely transformed the public awareness of the extra-normal operatives present in the world and inspired more post-humans to make themselves visible.

The following period, known as the ‘golden-age of superheroes”, saw the rise of costumed crime-fighters across the world. Post-humans in Australia at this time such as Red Meteor and The Shade were unregulated, often working freelance, as mercenary operatives or in tandem with local state police to apprehend criminals syndicates. Some began to work in partnership with emergency services during disasters, using their considerable abilities to boost community response.

However, there was still no official legislation to deal with the increasing frequency of post-human interventions until the SUPER SAMARITAN LAW (SSL) was passed in 1959. The SSL offered legal protection to post-humans/costumed heroes who were not registered with the government, or any other emergency or security service organisation who give reasonable assistance to those who are injured, ill, in peril, or otherwise incapacitated. However, any post-human civilian who undertakes law enforcement without legal authority is not protected under the Super Samaritan Law.

During this period, the Commonwealth Security Service began to investigate individuals and organisations considered likely to be subversive or actively opposed to national interests including post-human aggressors involved with espionage and sabotage – the so-called ‘super-villains’ – as well as communist party sympathisers.

The Cockatoo emerges from the rubble after the infamous ‘Dark Shadow Incident‘ of 1978.

The ‘golden age’ ended on the 13th February 1978, when super-terrorism officially arrived in Australia for the very first time. The infamous Dark Shadow Incident, resulted in the destruction of Sydney Harbor’s Hilton and resulting in the death of 30 people, injuring 127 others. The event led to complete overhaul of Australia’s anti-terrorism capacity and recommended that a new federal agency should be created to better coordinate post-humans across all states and territories in regards to Australia’s national security.

UN ban of extra-normal operatives in the military.

Adam Magnus pictured with US President Richard Nixon. Magnus’ controversial involvement in the Vietnam War was seen as one of the major factors in the ban on extra-normal military operations.

In 1981, the AUSTRALIAN FEDERAL POST-HUMAN ACT was signed into law by Prime Minister Malcolm Fraser and Chief Justice Sir Garfield Barwick and the Dept of Australian Federal Extra-Normal Civilian Operatives (A.F.E.C.O.) was officially established. The act redefined post-human abilities as ‘extra-normal biological weapons’, and those in possession of said abilities were required to officially register with A.F.E.C.O. or cease altogether. The original A.F.E.C.O. task force was set up with such iconic figures as the original Zero-Point and the Cockatoo. Often working in tandem with Adam Magnus, A.F.E.C.O. began to act further afield, participating in international warzones and peacekeeping efforts. However, the rising tensions of the Cold War led to a series of conflicts between post-human operatives that had numerous disastrous outcomes.

Following the death of Zero-Point (I) at the hand of the Soviet post-human Red Knight, the world community saw the danger of escalating international conflicts and a potential arms race involving Government regulated post-human weapons.

The Post-Human Non-Aggression Treaty (PNT) was ratified by the United Nations Security Council in 7th March, 1992 to ensure the following: 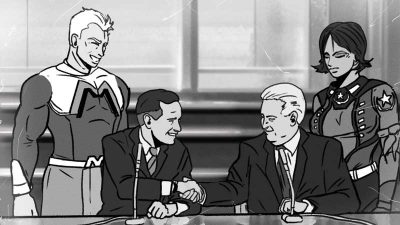 After passing the treaty, any Post-human operatives in PNT states were reassigned to government organised civil agencies, while others were retired.

Treaty of Yarren: Formed in 1993: The Treaty of Yarren is the common name for the South Pacific Artificial-Post-Human-Free Zone (SPAPFZ) prohibits the testing, manufacturing and experimentation to augment post-human abilities on any citizens on any member’s territory. The treaty also prohibits the interference of post-human operatives within other members territories without invitation. The treaty requires all parties to apply to the International Post-Human Agency safeguards (IPA), to all peaceful registered post-human activities. ANZUS deals with extra-normal operations and civil defense matters in the Pacific in accordance to the Treaty of Yaren and the UN ban of extra-normal operatives in the military.

A Global Treaty is signed

On 11 May 1995, the Post-Human Non-Aggression Treaty was extended indefinitely. More countries have adhered to the PNT than any other arms limitation and disarmament agreement, a testament to the Treaty’s significance. 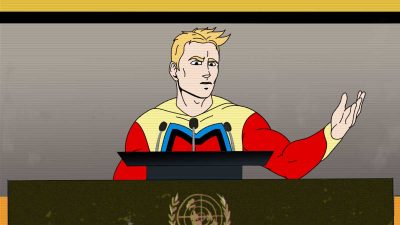 Adam Magnus speaks at the United Nations in New York discussing the importance of the global regulation on post-human conflicts.

A total of 191 states have joined the Treaty, though North Korea, which acceded to the PNT in 1992 but never came into compliance, announced its withdrawal in 2003. Four UN member states have never joined the NPT: India, Israel, Pakistan and South Sudan.

The treaty recognizes six states as Post-human states: The United States, Russia, the United Kingdom, France, China and Australia (five are permanent members of the United Nations Security Council). Four other states are known or believed to possess significant post-humans: India, Pakistan and North Korea have openly declared that they have citizens with post-human abilities, while Israel has had a policy of opacity regarding its post-human operatives.